Written by Edward Doherty, our In-field Marine Biologist, for the Blue Planet Society.

It may surprise you that 100 million sharks are killed by people each year. What might surprise you further is that this is a conservative estimate and the number may in fact be as high as 273 million. That’s a whopping 31,164 sharks killed per hour by humans. Unsurprisingly, removing sharks from our oceans at such a rate is unsustainable and two-thirds of all chondrichthyans (the order of cartilaginous fish to which sharks belong) are at risk of becoming extinct.

The whale shark (Rhincodon typus) is not exempt from this reality. This charismatic and well-loved elasmobranch seems to have escaped the negative brush that most other shark species are painted with, yet populations in the Atlantic and Indo-Pacific are declining. Global abundance has plummeted by 50% over the past 75 years, which has justified the recent re-classification of whale sharks as  ‘Endangered’ by the International Union for Conservation of Nature (IUCN). 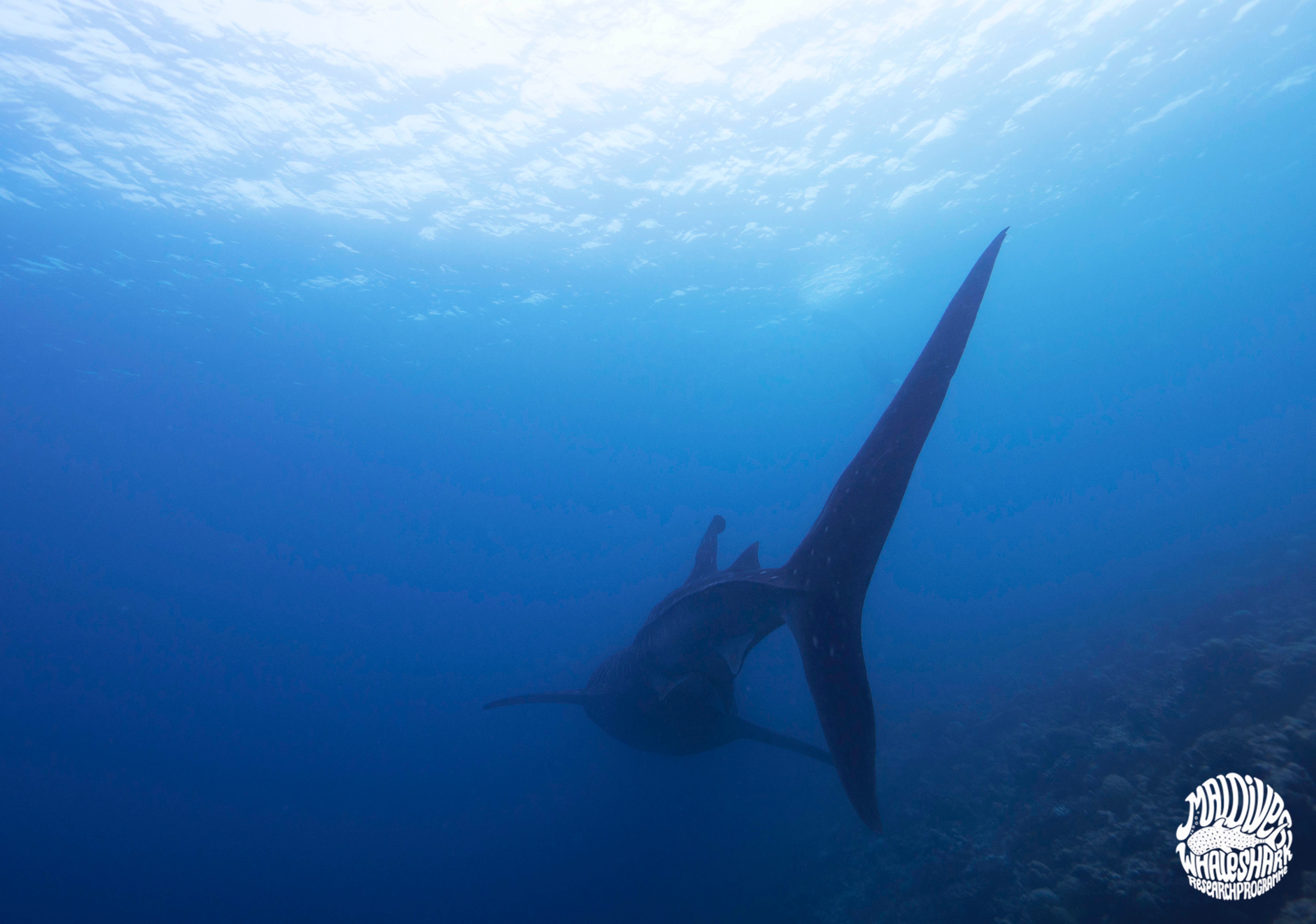 So why is such an iconic species suffering such a reduction in numbers? Like many elasmobranchs, whale sharks are susceptible to overexploitation because their slow growth rate and late sexual maturity limit the annual recruitment of new individuals. In addition, whale sharks are highly mobile, capable of travelling thousands of kilometres, as evident by an individual who was tracked over 37 months between the Gulf of California and Tonga; a distance of 13,000km. Furthermore, as a cold-blooded fish, whale sharks are known to spend a large proportion of their time near the surface in order to warm up. Their movements between legislative boundaries, coupled with their time spent at the surface, render whale sharks vulnerable to fisheries, bycatch and vessel collisions. These impacts are considered by the scientific community to be the primary drivers of declining whale shark populations. 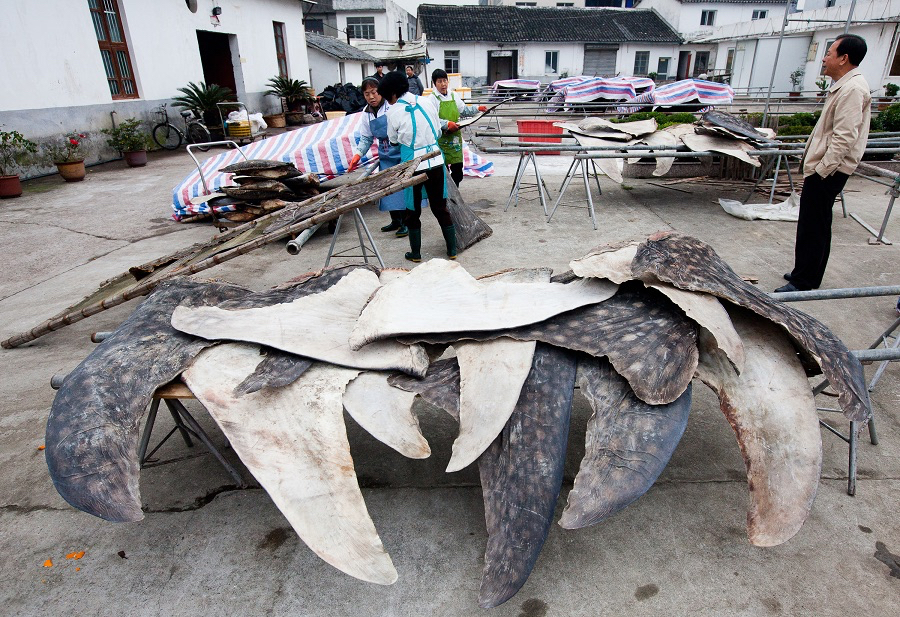 Most people will probably have heard of the finning industry; it’s still a major problem. Whale sharks are prized for their enormous fins, which can fetch up to US$20,000 each. Markets for their liver oil, meat, brain, stomach, cartilage, skin and lips are also expanding. It’s no wonder then why China alone lands in excess of 1000 whale sharks each year. Thankfully, targeted whale shark fisheries in Taiwan, the Philippines and India (each of which fished hundreds of individuals per year) have been discontinued following the implementation of species-level protections. Furthermore, until recently purse-seine fisheries utilised whale sharks to assist in the capture of their target fish species. Whale sharks act as natural aggregating devices for shoaling fish, such as tuna, and fishermen would encircle both the shoal and the whale shark with their vast net. Attempts to release the whale shark afterwards, either by hoisting it vertically by the tail or by dragging it from the net with a boat, were harmful to the shark. Fortunately, this practise was banned in 2012. However, unregulated, unmonitored and illegal fishing still takes place.

So how can we reduce this problem? The answer is to project a very important message: that whale sharks (and indeed many other shark species) are worth far more alive than dead. Tourist industries in Australia, Belize, Cuba, Djibouti, Ecuador, Honduras, Indonesia, the Maldives, Mexico, Mozambique, Oman, Panama, the Philippines, St Helena, Saudi Arabia, the Seychelles, Tanzania and Thailand have realised the value of a living, breathing whale shark in its natural environment and are reaping the economic rewards. For example, over the course of their 60 year minimum life span, each whale shark in Belize generates at least US$2m for the ecotourism industry, and US$6m if they visit the three aggregation sites located on the Mesoamerican Barrier Reef. In 2013, Quintana Roo (Mexico) and the South Ari Atoll (Maldives) generated US$7m and US$9m respectively in whale shark excursions. In 2006, the Ningaloo region of Western Australia generated US$6m, though this value will have substantially increased because tourist numbers have since doubled from 10,000 to 20,000 individuals. Globally, whale shark related tourism generates an estimated US$42m each year, which is only expected to rise over the next 20 years as shark related ecotourism continues to grow. This makes the US$20,000 for a fin look like pocket money.

Since I work for the Maldives Whale Shark Research Programme (MWSRP) it would be remiss of me not to elaborate a little bit more on the whale sharks in the Maldives. It was primarily to protect the whale sharks in the South Ari Atoll (the primary hotspot for this species in the Maldives) that justified the implementation of the largest marine protected area (MPA) in the country in 2009. Annually, between 72,000 and 78,000 tourists explore the reef of South Ari specifically to search for whale sharks. Of course, with a rapidly expanding tourist industry, appropriate controls need to be established lest the increased boat traffic becomes a problem. Based on our statistics, 54% of the whale sharks in South Ari have human inflicted injuries, predominantly from boat strikes. This is not an isolated problem and whale sharks suffer from vessel collisions globally. However, this is where you can help. Before booking with a whale shark excursion agency, there are a few simple questions you can ask: Do they provide a briefing beforehand? Do they adhere to a code of conduct? Is there any scientific research that they contribute towards? Just asking these simple questions will a) help you decide which company is the most responsible and b) help to change the way operators behave. If it’s on the customer’s mind, it’s in the companies’ best interest to conduct themselves accordingly. 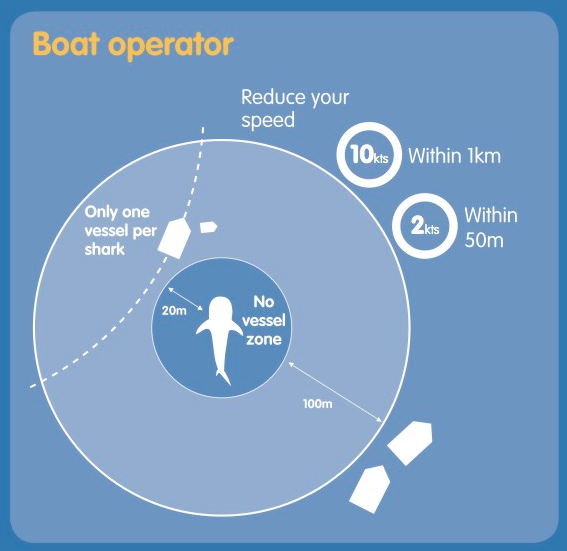 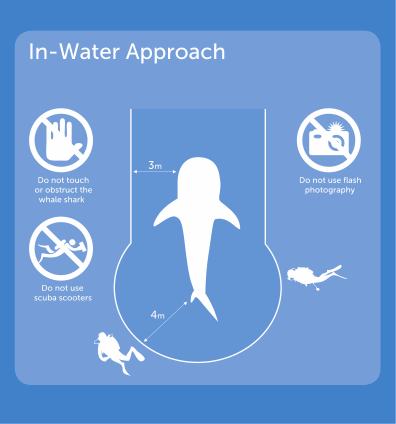 Guidelines for approaching and swimming with a whale shark.

There’s no question that more needs to be done to protect this magnificent species, but we’re getting there. A large number of directed fisheries are now closed, purse-seine related capture is now banned, there are no targeted sport fisheries and the public’s exposure to whale sharks through excursions is at an all-time high. With all this growing support and love for whale sharks, maybe, just maybe, we can reverse their falling numbers and perpetuate them as a beacon of hope for shark species everywhere. I look forward to the day when people speak out for whale sharks in the same way that they do for gorillas and lions, for it is this tenacity and vitriol that will ultimately save our sharks.

Graham, R. T. (2007). Whale sharks of the Western Caribbean: an overview of current research and conservation efforts and future needs for effective management of the species. Gulf and Caribbean Research, 19(2), 149-159.