There from day 1, Rich is our Director and co-founder of the MWSRP (and also one of the reasons why we have such a long name). His unwavering determination and commitment to the research and protection of whale sharks is why we are here today.

1. How did you get a job with the MWSRP?

I was one of the guys on the boat when we decided to call ourselves the Maldives Whale Shark Research Programme (in our defense is was a hot afternoon).

2. Did you always know that you wanted to work in marine conservation? 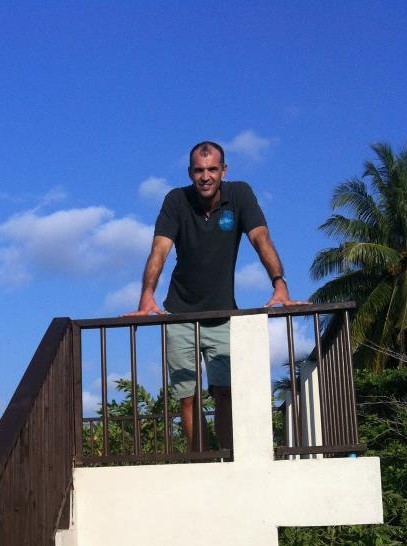 No! I did a more general wildlife biology degree, which I did because I loved wildlife and passed biology in school. Rather than any career plan I just had an aspiration to be ‘in the field’. I grew up on the coast, loved swimming, surfing etc. Initially though, I overlooked my connection to the sea. I guess I took it for granted a bit. When I started working with whale sharks everything came together. I realised just how much the marine environment meant to me.

3. What has been your most memorable experience whilst working for the MWSRP?

There’s been loads of good ones as you can imagine. So many amazing underwater experiences. However, I’d pick one above the surface: Watching our first Maldivian national team member Rifae Rasheed, who was an intern at the time, give a presentation about whale sharks in Dhivehi (Maldivian language) to a local school. I couldn’t understand a word, but watching all the the kids faces light up and hands shoot up in the air to ask questions was a lovely moment.

4. What has been the funniest thing that has happened to you whilst working with the MWSRP?

Oh, well, there’s plenty of those too! I think the fairest thing to do is tell you about my first whale shark ‘encounter’ which was really funny… for everyone else. I was designated ‘jumper’, so I was stood on the front of the dhoni with my mask, snorkel and fins already on. Poised, waiting for the word from the spotters on the roof above me. I was beyond excited. The shout ”SHARK” came and without thinking I dived head first into the water. Not a good technique for anyone who’s not familiar with snorkel gear. I swam for my life in the direction I thought there was a shark. I couldn’t understand why I was taking in so much water. Coughing and spluttering I eventually made it to the ‘whale shark’ which was actually a coral block. I looked back at the boat to see that it had been a prank call from the guys.  It wasn’t that they were laughing so hard about though. It was that I had lost my snorkel when I dived in. The only thing remaining was the mouth piece clamped in between my gritted teeth. The whole time I’d been sprinting towards the shark, I’d been hoovering up seawater! 🙂 You learn from these things. Good advice for anyone going to see whale sharks for the first time. Before you jump in wait until the boat has stopped. Then establish where the shark is. Then once you’ve jumped in. Stop turn around and look back at the boat for further directions before you swim off!

5. What is the most rewarding aspect of your job?

I’ve touched on this already, but I would have to say it is the people/community side of conservation for me.  Funny how the most rewarding aspect is also probably the most challenging!  Communicating our new found, but hard earned knowledge of whale sharks and seeing a gradual raising of awareness and new appreciation of these animals within the wider community and tourist industry is massively rewarding. There is however a long way to go! Also spotting a whale shark before your colleagues do is an incredibly rewarding aspect of my work. I just wish it happened more often.

6. What is so special about whale sharks?

Sharks get such a bad rap and I think whale sharks are an incredible antidote to general shark phobia. I’ve guided some pretty shark-phobic people, yet as soon as they see a whale shark under water they immediately feel at ease. In fact they usually come full circle and fall in love with sharks. For me they’re an iconic species and an ambassador for sharks. It’s our job to use that iconic status to capture the imagination of a generation and introduce people to the wonders of the marine environment.

7. Apart from whale sharks what is your favourite marine animal and why?

Has to be sea lions. Such playful characters, they mimic everything you do underwater. Could swim with them for hours!

8. If you were going on a month long whale shark expedition what is the one thing you would take with you?

9. If you could have one superpower what would it be and why?

Turn into a sea lion!

10. What’s the one thing you’ve learned whilst working with MWSRP that you’d pass on as a tip to an aspiring marine biologist?

Embrace the fact that you’ll almost certainly need to volunteer at some point. With that in mind diversify your skills so you stand out when you do volunteer and who knows, potentially make yourself indispensable!  I say this because a lot of the NGO’s that you can volunteer with are generally OK for marine biologists, so skill-up in as many other areas as you can. Before you know it you’ll have carved out a niche for yourself. Photography, diving/freediving, boat handling are more obvious ones, but graphic design, first aid, GIS, book keeping, marketing, fundraising, business, writing, event management, excel wizardry are all skills that we’ve received invaluable help with from willing volunteers. So yeah, stay positive, proactive and the opportunities will come up. Be ready to say yes when they do. 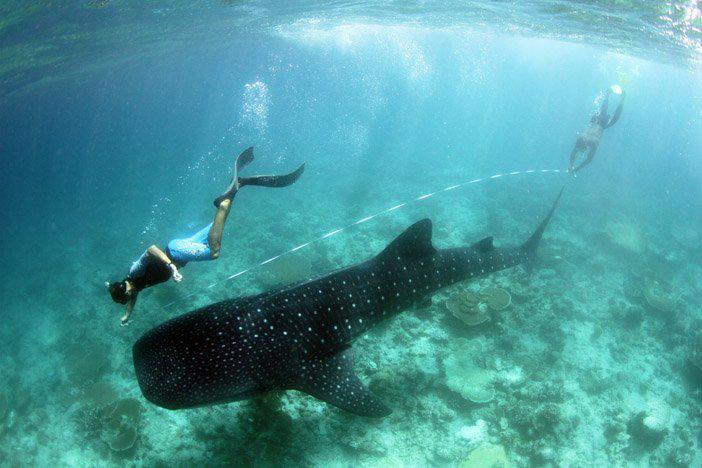