Hi, I’m Sam, an MSc student from the university of York who was lucky enough a couple of months ago to come to Dhigurah Maldives to work for and collect data for my Master’s dissertation, on the factors that influence Whale Shark’s preferred aggregation sites. Now, after having returned to the UK and completed my dissertation and MSc I thought I would reflect on my time with the Maldives Whale Shark Research Programme, and share with you some of my findings. 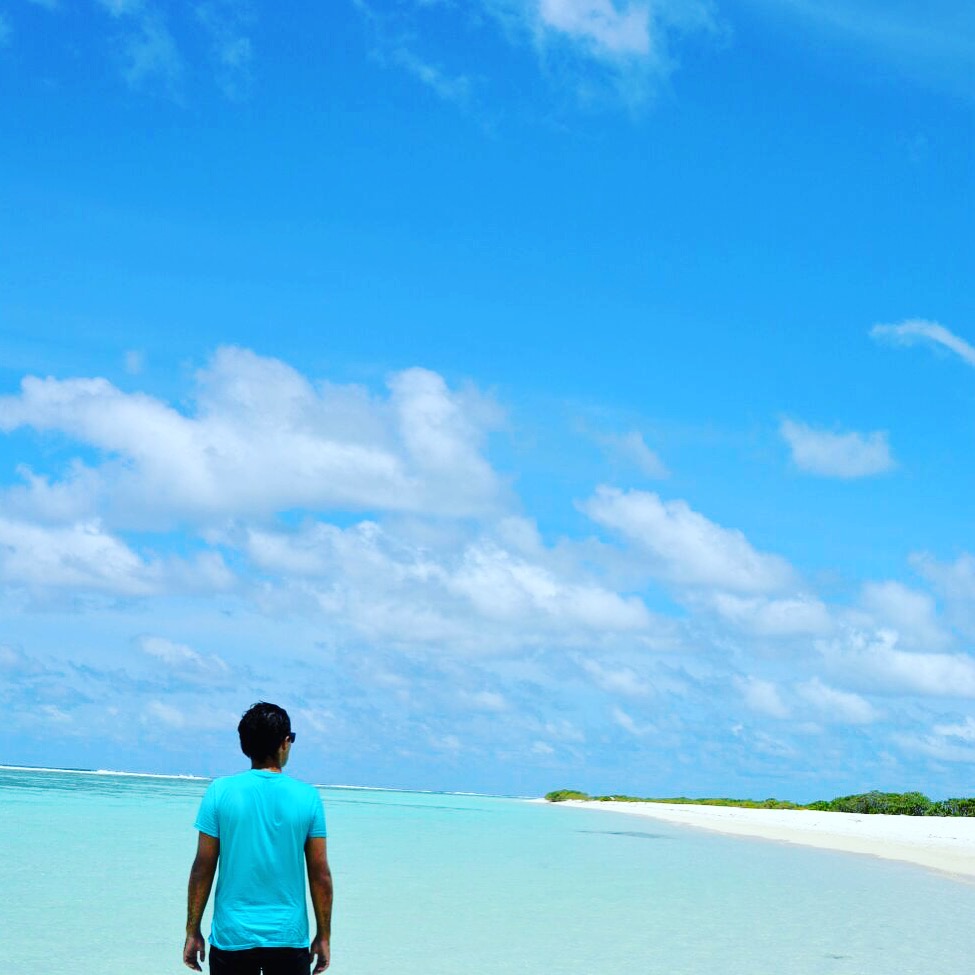 So my project essentially compared data from whale shark encounters collected within South Ari Atoll, where sightings have remained constant in recent years, with those in Baa Atoll, where numbers of sightings have drastically fallen. My aim was to discover why there was such a large discrepancy in the whale shark sightings between these two sites by tracking the movements of the whale sharks when they left Baa, and determining what anthropogenic (human influenced) or environmental variables were driving whale sharks out of Baa in the first place.

As mentioned in my previous blog, the MWSRP uses photo identification methods of identifying individual whale sharks, the main advantage of which is that it is a non-invasive technique of tracking this species. This requires you to get in the water, swim along these amazing creatures and take a photo of their unique spot patterns on their flanks. The images are then uploaded into the software programme I3S (initially developed by NASA for identifying star constellations) and then uploaded into their database.

In order to track the whale sharks’ movements from Baa and South Ari, I analysed the MWSRP’s historical dataset, which contains all whale shark encounters that have been recorded by the MWSRP along with around 60 other contributors, including a number of Maldivian resorts, guest houses, liveaboards and other NGOs, such as the Manta Trust.

Using this data I found during the period 2007 – 2015, 74% of the whale sharks recorded at Baa displayed signs of travelling seasonally between atolls. In order to assess the environmental factors that could be driving this movement I used satellite telemetry to create maps on the sea surface temperature (SST), levels of chlorophyll-a, and bathymetry at the two study sites. My results showed that 54% of the whale sharks sighted at Baa between 2007-2015 did not return and instead moved to southern lying atolls, predominantly to South Ari atoll but also to Thaa atoll.

My results indicated that whilst high levels of SST and low levels of chlorophyll-a coincided with a decrease in the number of sightings between the two study sites, this did not explain why the whale sharks did not return to Baa when those environmental conditions improved like at South Ari. I believed that bathymetry, which is largely contrasting between the two atolls, was one of the main reasons for this as the open ocean surrounding South Ari atoll had bathymetric depths much deeper than at Baa atoll. This influences how the whale sharks use the study sites.

As the shallower waters coincide with large areas of upwelling and productivity, it is no surprising that the majority of whale sharks spotted there display feeding behaviour. Whale sharks at South Ari however are believed to feed at depth and only come to shallow waters where they are spotted to thermoregulate, evade predators, and rest and recover their energy for deeper dives.

Due to the word count restrictions of my dissertation I could not explore other factors that could influence whale shark movement patterns, such as the differences in the level of tourism between the two sites and the affect of anthropogenic noise. Around 70% of the whale sharks have anthropogenic injuries, largely resulting from boat strikes, it would be interesting in the future to note whether increasing numbers of whale sharks are evading approaching research, fishing or tourism vessels. It is therefore extremely exciting that the MWSRP has recently gained a hexacopter to help in their research. 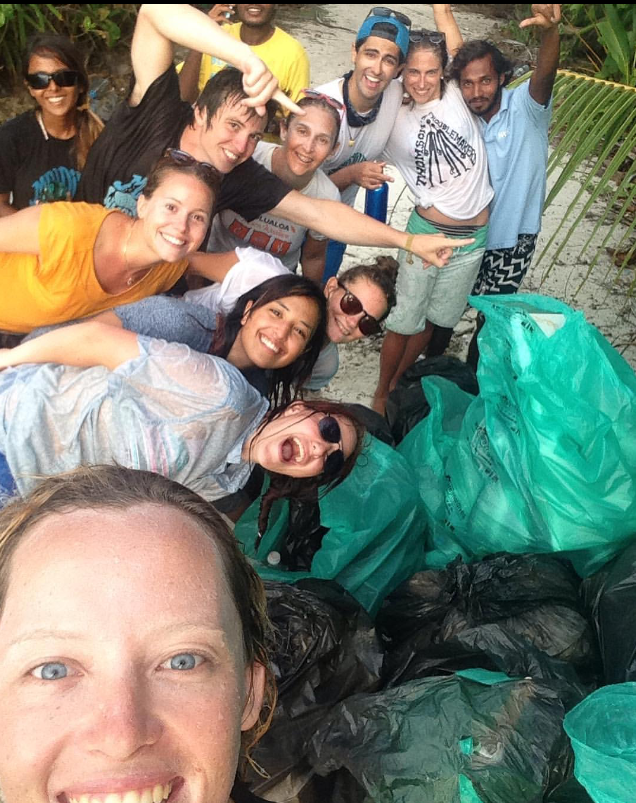 Aside from my work with the MWSRP and on my dissertation, I also got a lot of opportunity to participate in local community projects. During my stay I was lucky enough to help design a storybook on whale sharks and climate change, which was presented to local school children in Malé for a special IUCN Maldives event on Climate Change. In some of the local schools I helped run lessons on the basic biology and ecology of whale sharks and showed them what research the programme was involved with.

We also wrote a play about whale sharks and the effect climate change was having on the marine ecosystem, which all staff and volunteers performed in front of a local school. We also led some educational activities on the effects of climate change and anthropogenic threats have for the oceans and marine wildlife and how they could help combat this. We further organised several beach cleans on different islands, one with a local school to help stimulate interest and enthusiasm in protecting their local marine environment.

Ultimately my time with the MWSRP was one of the most enriching and rewarding experiences of my life. Not only did I get to immerse myself in a completely different culture and appreciate the beauty of life on a remote island paradise away from home comforts and reliable internet and communication, I also made some awesome friends for life. Friends, who like me were attracted to this island to help contribute to the amazing research and work by the MWSRP in their effort to better understand and protect whale sharks. Sharing the water with these gently giants is a life changing experience and one I will forever be grateful for, and I recommend to anyone thinking about joining this programme to do it! #WhaleSharkLove 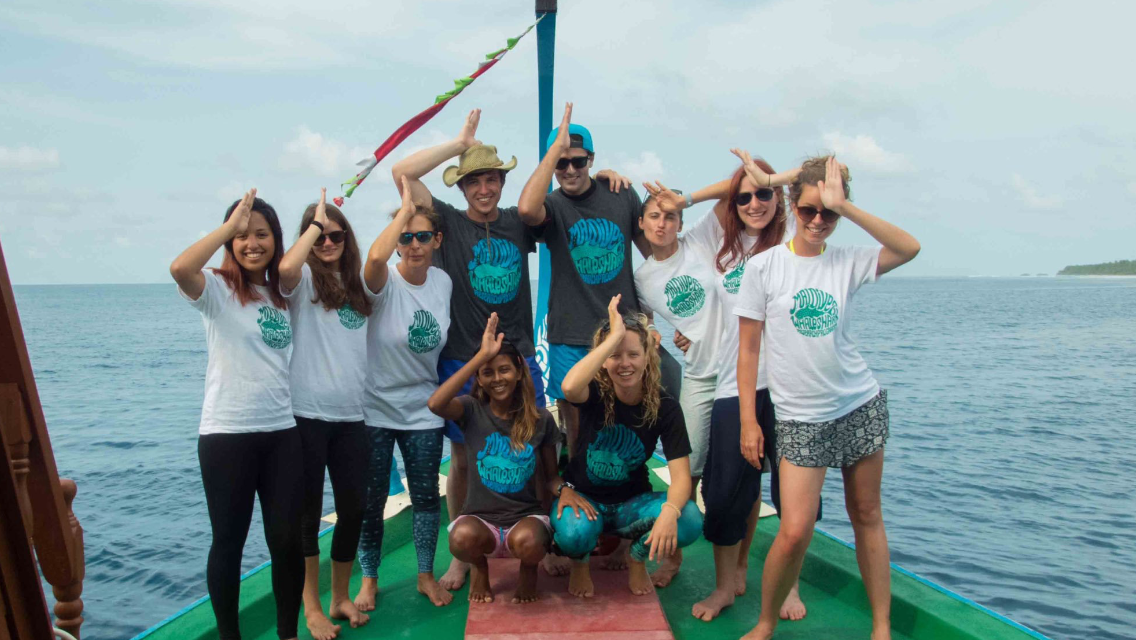 Don’t forget to follow the programme on all their social media platforms: