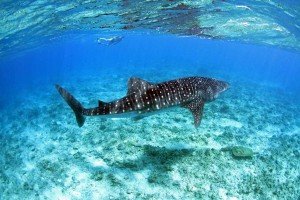 Someone recently pointed out that if we did no research on whale sharks in the Maldives, then they would still be there forevermore anyway. Ostensibly they would seem to have a point; the government of the Maldives has done a great job of protecting them in Maldivian waters since 1995 and a thriving tourism industry now surrounds these individual sharks which are seen year on year.

Unfortunately however, the range of the whale shark includes all tropical waters on the planet and in quite a few places they do not enjoy quite that level of reverence and protection. At present and despite years of effort we – the MWSRP – still don’t know where sharks seen in the Maldives go when they leave these waters. All we know is that they eventually leave!

With this global level objective for protection and understanding of this enigmatic species always at the back of the mind the MWSRP duly set off on a nine and a half thousand mile trip to represent the Maldives knowledge base at the 3rd Annual International Whale Shark Conference in Atlanta, USA. This event, hosted roughly every three or four years brings together researchers, government and whale shark tourism operators from every corner of the world for an international grade geek-out on all things whale shark science.

After an opening message from Sir Richard Branson of the Virgin empire (himself a massive whale shark aficionado since swimming with the mass aggregation in the Cancun area of Mexico a few years ago), the stage was opened to presentations from the gathered throngs of experts. The very first up? MWSRP and our contribution to the world of research; “Analysis of whale shark Rhincodon typus aggregations-South Ari atoll, Maldives Archipelago, 2006-2012”

Here is some of the key points we had to tell the world: 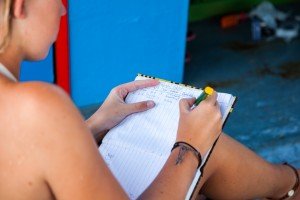 Our findings suggest that the sharks we see in South Ari atoll are either a small proportion of a local population or perhaps an even smaller component of a regional population. So again, why do this…?

Which takes me nicely back to the opening line. Without research, we wouldn’t know that the sharks we see are almost exclusively males and all are reproductively immature. Without collaborative research, we wouldn’t know how these individuals fit into the global picture for this species. Without protection which transcends borders therefore…, well, with the best will in the world trying to conserve a species at a local level by protecting a group of individuals comprised almost exclusively of immature males would a tall order in the long run!

The MWSRP is very much looking forward to continuing our work and is planning to identify other components of the population and especially the reasons for their aggregation at this site and across the Maldives in general.