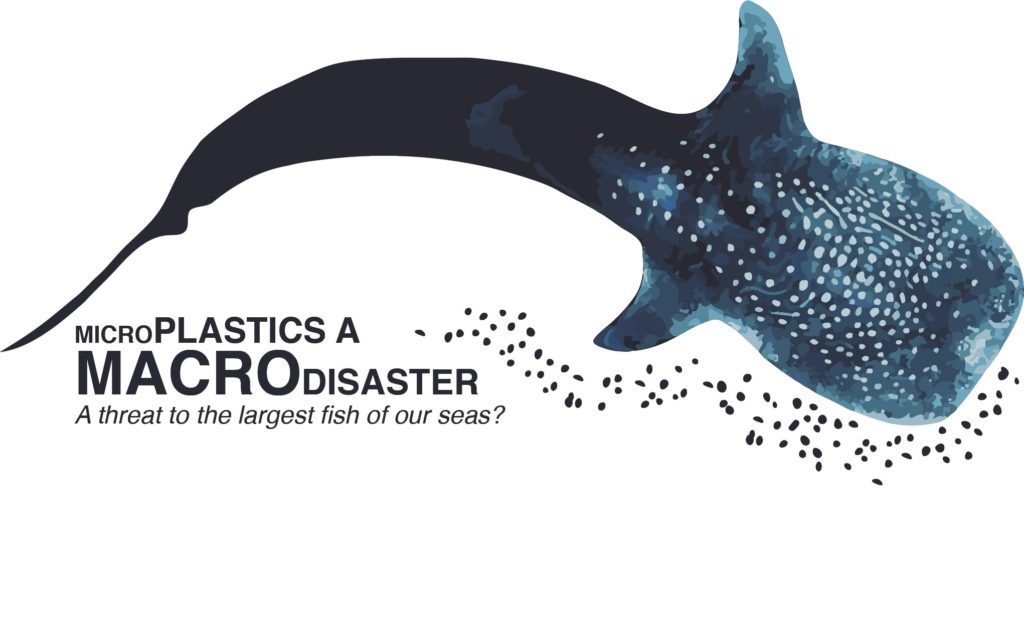 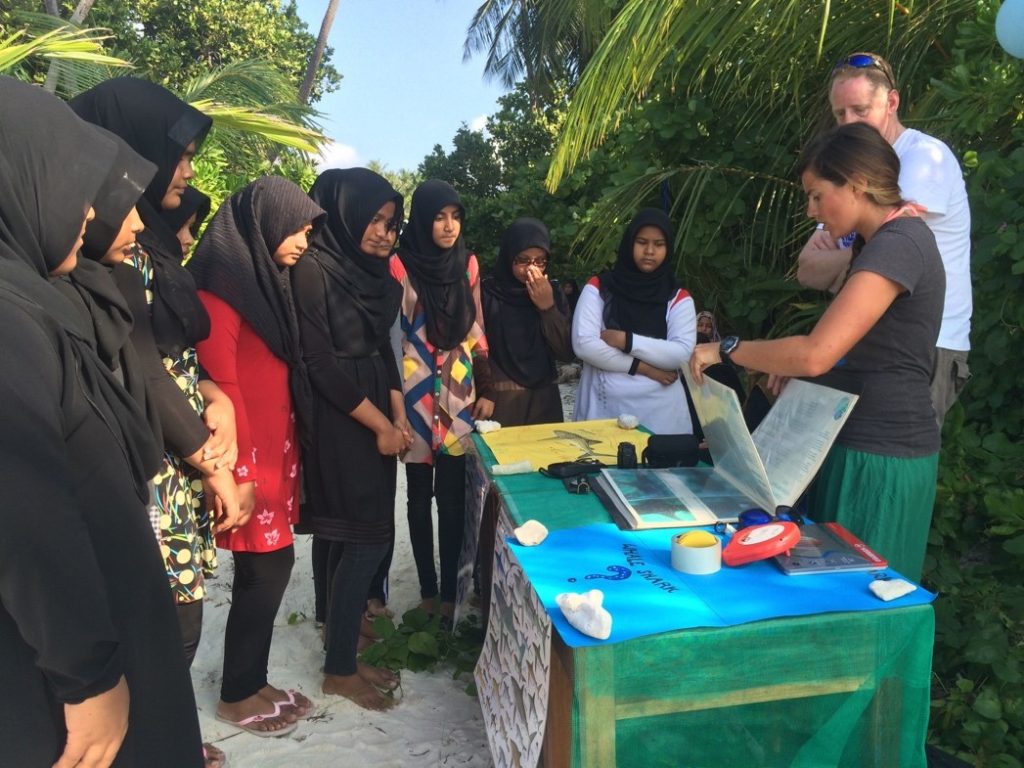 Microplastics are defined as any plastic particle less than 5 mm in size. In recent years marine plastic litter and microplastic have become a pollutant of increasing global concern. Microplastics were found to have serious impacts on a variety of marine species and ecosystem processes worldwide. More precisely, in fish, microplastics have been shown to cause reductions in food uptake and predatory performance and act as a vector of toxins, which can bioaccumulate and lead to a decrease in fitness. 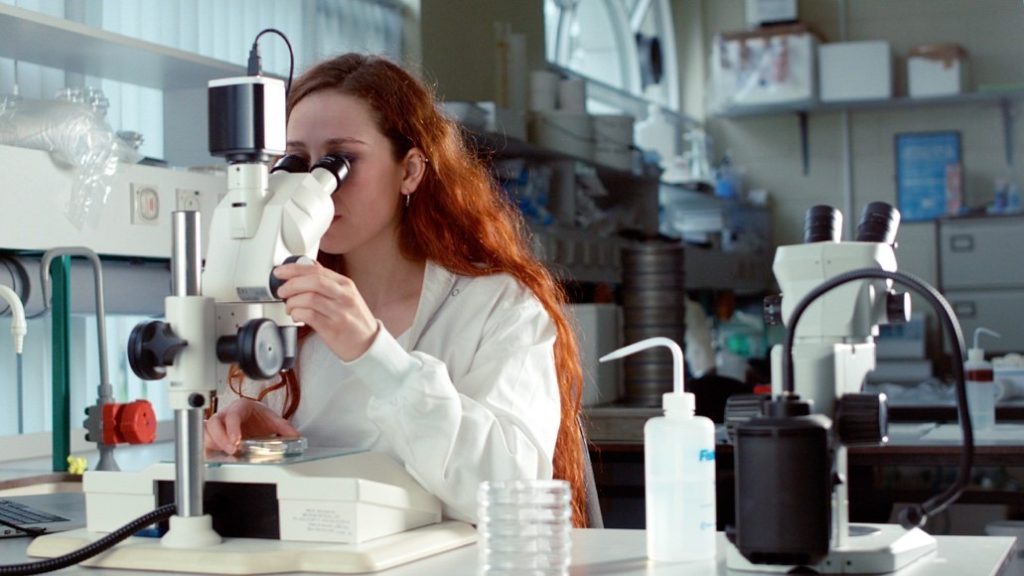 Alina Wieczorek inspecting microplastics under the microscope at NUI Galway

The largest and endangered fish of our planet, the whale shark, is prone to the ingestion of microplastics, filtering up to 614 m3/h of sea water to obtain their planktonic prey. The Maldives were identified as an area of particular concern as in contrast to other parts of the world, whale sharks aggregate in this Archipelago all year round and microplastics have been found to be abundant here as well. 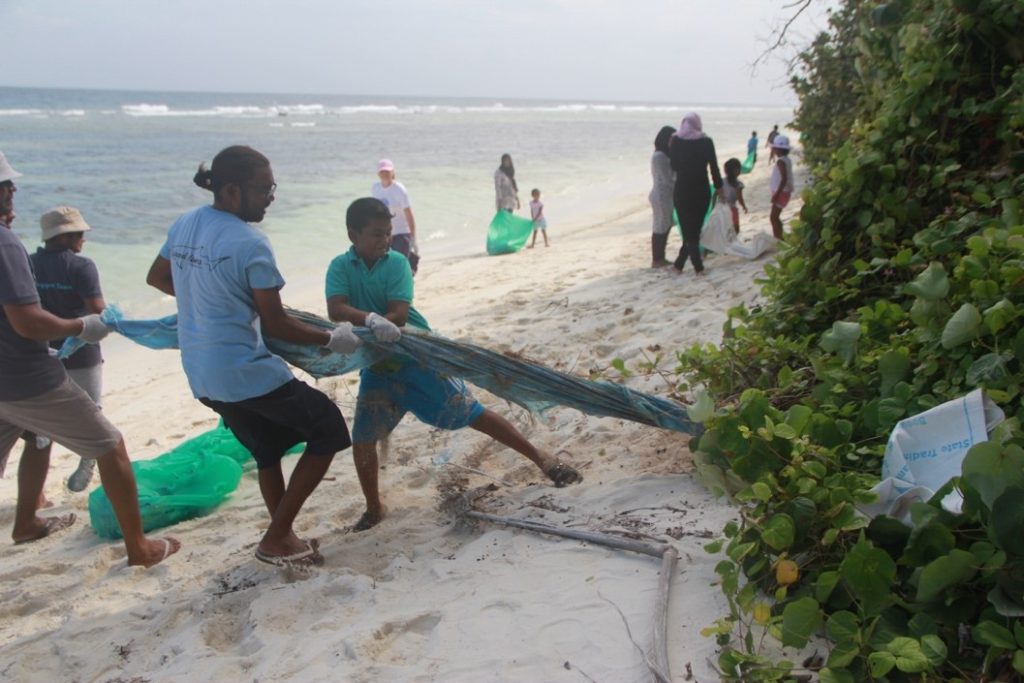 Using a non-invasive method of sampling the whale sharks’ faecal matter we are able to provide direct evidence of microplastic ingestion and address other key scientific questions such as routes of exposure. 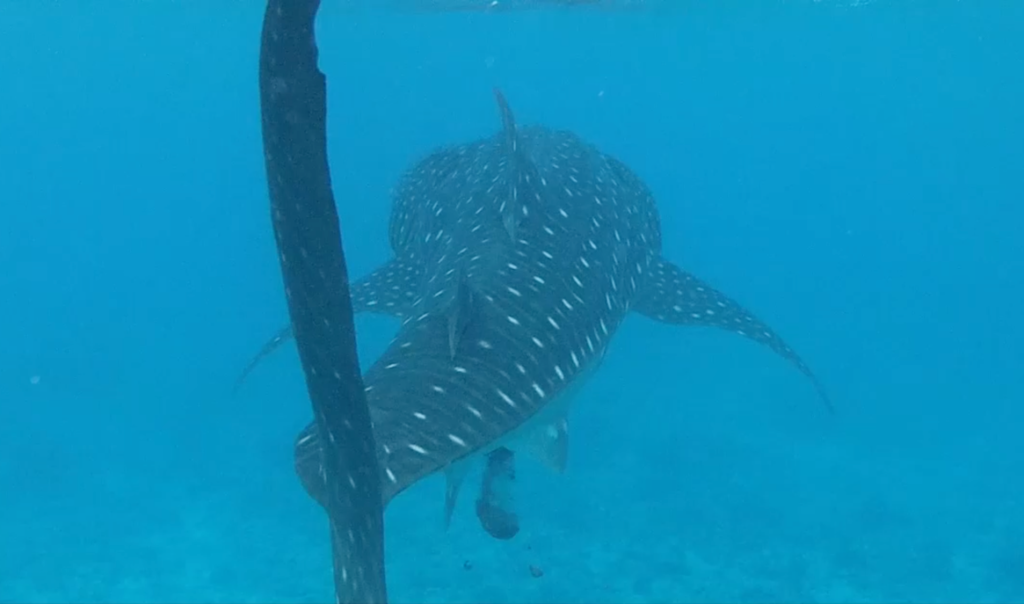 Despite contributing to the field of microplastic research we seek to address the rising demand on science to have a real-world impact through extensive outreach and community engagement. Whale sharks amongst other filter-feeding ocean giants have recently been identified as an ideal umbrella species in order to engage local communities, stakeholders and society globally. This ambitious but necessary project provides a timely opportunity to drive a decrease in plastic consumption through evidence-based decision making from the local to the global scale. 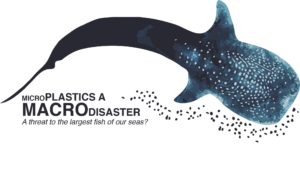