“SHAAARK get IN the water” … takes a while to get your head around the fact that you are jumping in to the ocean to swim with a shark where most people would be swimming the opposite direction. But alike most marine species in our oceans, the moment you enter the water with a Whale Shark you experience an overwhelming sense of calm. 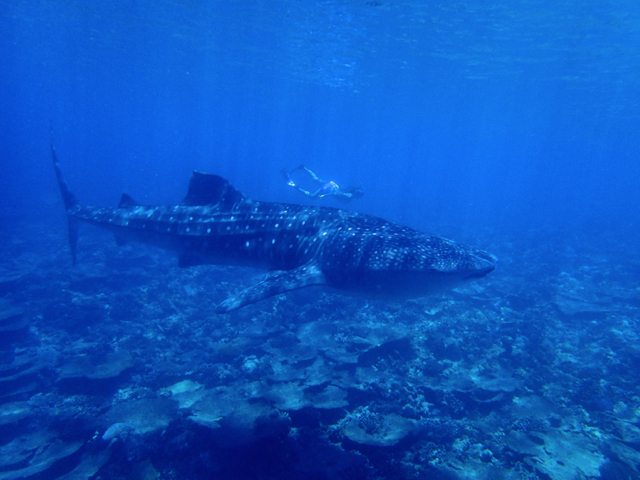 Whilst surveying the reef within the South Ari Marine Protected Area, not only are you able to swim with the biggest fish in the ocean, but whilst patrolling on the Dhoni you can also witness all the other incredible marine mega fauna that call South Ari their home, from the vulnerable Reef Mantas, to the critically endangered Hawksbill turtle to pods of Spinner dolphins.

An essential part of conservation with the MWSRP is engaging with the community. Through school visits, involvement in community beach cleans or educating members of the public on shark ecology and our research. My time on the project not only furthered my own knowledge and love of the natural world but I felt content in knowing that I had helped to raise awareness of the need to conserve and protect our oceans, a fundamental step for effective protection.

There were endless occasions in which every encounter was the “best encounter I had ever had”, all unique and equally awe inspiring, but the stand out moment would have to be during my last day on the Dhoni. It was a perfect day on the water, the reef was quiet, the sun was shining and marine life was thriving. After a busy morning I spotted a shark at the surface, off the reef.  A male shark; ‘Noomara’. During the encounter he began to vertically suction feed, a behaviour very rarely witnessed by those that have studied Whale Sharks for years. Free diving into the plankton soup to catch a rare glimpse of the gill rakers, all I wished for at that moment was to develop gills and swim alongside him. 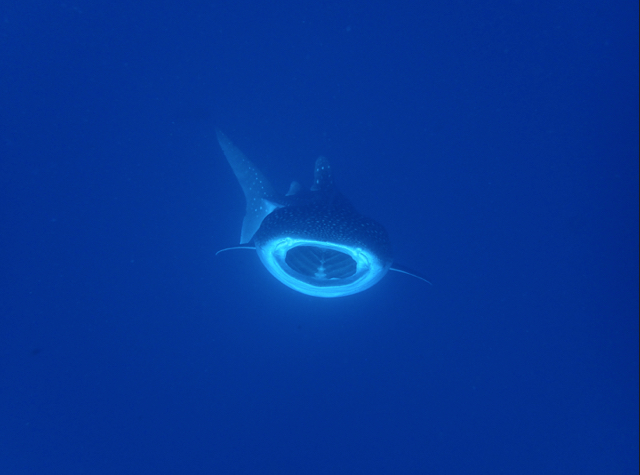 Towards the end of my stay I was lucky enough to go for a night snorkel, jumping in to the dark water unaware of what was lurking below sent my heart racing but putting my head below the surface I entered an entirely different world full of bioluminescence. The ocean became the starry night sky; an experience I will never forget.

‘Kaunu’ meaning ‘Galaxy’ in Divehi was added to the database during my first two weeks, becoming the 300th shark to be identified in the Maldives. He was super inquisitive, having more than likely never come across these humans following him around before; at just 4.5 metres and completely injury free! It is both exciting and reassuring to know that sharks of all ages are visiting South Ari, ten years after the project began. Including regular encounters with ‘Adam’, the first shark to be added to the database back in 2006, and a rare meeting with ‘Raees’, an 8 metre male never before seen in South Ari.

Having volunteered on a previous research project studying Marine turtle populations in the Mediterranean, I had a vague idea of what to expect from volunteering opportunities. I couldn’t have been more surprised. Accommodation at TME guesthouse was exceptional, on a relatively large Maldivian island there was always something new to do in your free time, from water-sport to relaxing at the café with a fresh juice, you feel nothing but at home on the island due to the strong relationship the project has with its local inhabitants. However I think what was most inspiring about the project was to know just how little is known about whale sharks in the Maldives and that all the work we were doing on the Dhoni and on land is helping to paint a better understanding of the health and populations of Whale sharks here in the Maldives, essential to effective conservation strategies. 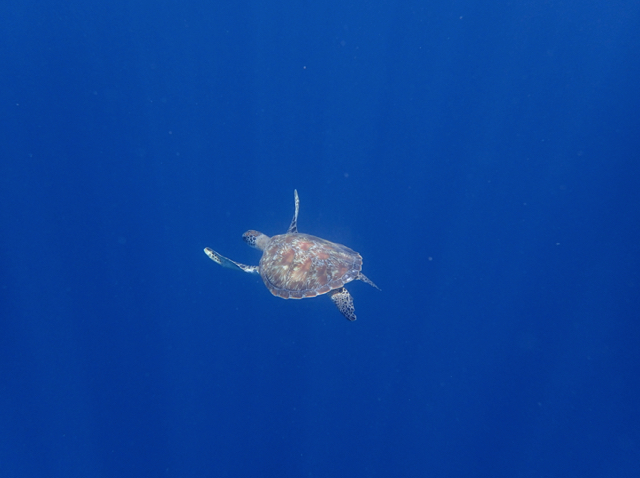 Turtles and Whale sharks both face increasingly similar threats of human activity in our oceans. To have been roaming the oceans before the age of the dinosaurs and to remain extant in our oceans now is an incredible feat. However Whale sharks, the largest fish in the sea have recently been reclassified to an ‘endangered’ species, a result of their falling populations. Due to their life history of being long lived, showing late maturity and having few surviving offspring, combined with regular feeding of plankton near the surface, makes Whale sharks easy targets of the fin trade as well as victims of boat strikes and collisions.

As an aspiring conservation biologist and environmental activist, my time in the Maldives has given me essential in-field skills for data collection, research and conservation. However whilst working with the MWSRP you do not just gain knowledge on everything living in the blue, but with the time you spend above the surface, you become immersed in the local community, from traditions to food to the daily routine. Maldivian life has been something I have struggled to forget now back in the UK, with the most amazing traditional BBQ on the beach for my last night making it that much harder.

Adjusting to life back at home has not come without its challenges, but whilst sat here in my boots, scarf and wooly jumper, I look back on the photos and memories of the endless month I spent in the Maldives of sandy feet and salty skin surrounded by beautiful, inspirational and like minded people, dreaming of the day I return to Dhigurah. 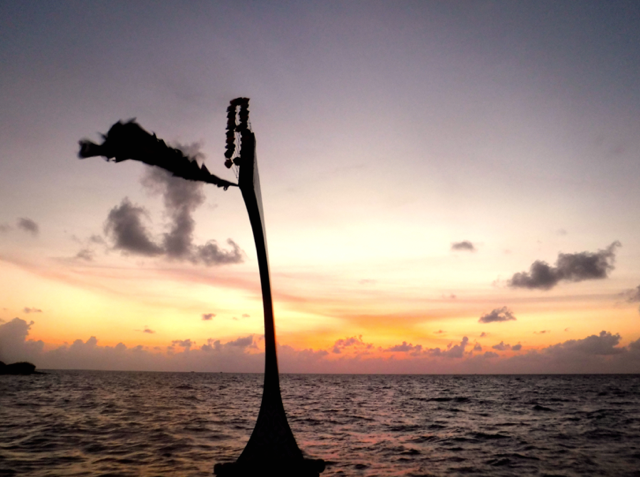